I started following China’s Rise in detail from the nineties, as the West was celebrating the victory of the capitalist system after the collapse of the Socialist Block around the Soviet Union. The rented ideologues of capitalism, including most of the world media 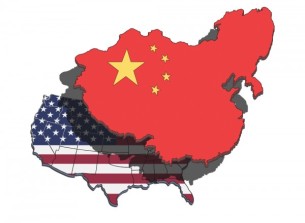 and academy, wanted us to believe that Communism is dead because it was a wrong idea (not to say evil) from the beginning. But could it be that the failure was not due to the principles of the proposed communist system but to their distorted implementation in Russia, led by brutal self-serving bureaucratic elite that found in Stalinism a new version of its former Tsarist central rule and world power-struggle?

If one prototype was flawed and failed, could another team build a better implementation?

The Riddle of the Chinese Miracle

The phenomenal development of China from one of the poorest nations on earth to the world’s leading economic power is the central feature of the world scene over the last decades. But how should it be explained? Is it because new Chinese capitalism is even more exploitative and ruthless, as many critics from both left and right want us to think? Or is there something different, maybe they are doing something right? Could it be that the leadership of the Chinese Communist Party learned how to initiate and control economic development in a more scientific way, synchronizing social economy, market forces and some capitalist initiatives, inducing them all to drive its grand plan, instead of unleashing the destructive rule of Greed? 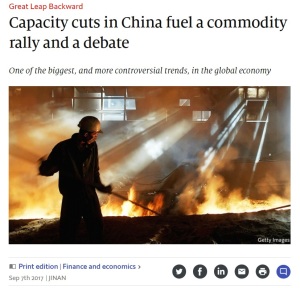 One special characteristic of the Capitalist system are cyclical booms and busts. As capital is in constant movement in search of wider profit margins, investment is flowing into the most profitable sectors. This creates over-capacity, which causes a fall in prices and profits, which in turn causes withdrawal of investment, destruction of productive forces, layout of workers and so on. Finally the reduced production can’t meet the demand in the market, prices, profits, production and employment surge again, toward the inevitable next bust.

Somehow China’s economic development over the last decades succeeded to avoid these cyclical crises that continue to haunt the capitalist system like seasonal storms. The financial crisis of 2007-2008 was not a typical cyclical crisis, but it provided a good example how China played differently to avoid it. The reason for the crisis was the reckless behavior of Western bankers, taking ever greater risks to maximize profits while relying on the state to come to their rescue when their gambles fail.  Western governments poured money to the broken bankers while many poor people where kicked out of their homes to restore some of the banks’ bad debts.

In China’s export oriented economy millions of workers faced the sack as Western consumers had to cut spendings. China’s government mitigated the situation by handing-out money to poor families to buy electric appliances to keep its factories going, avoiding the worst of the crisis.

One of the numbers that I was following closely, like many other observers, was China’s GDP, as computed by Purchasing Power Parity, or PPP. According to the CIA’s “World Facts Book” China’s real GDP passed that of the US in 2014. But it was not a “photo- 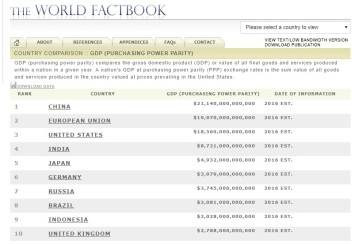 finish”. Economic development goes on and according to the same source in 2016 China’s GDP was worth 21.14 trillion US$, or 14% more than the US’s 18.56 trillion and counting (see pictured table). The fact that Western economists continue to speak routinely about China as “the world’s second biggest economy” only shows that they are now in a deep state of denial.

But GDP numbers say little about the real dynamism of an economy. Maybe the single number that is most telling about a country’s success in the world economy is the value of its exports. Here China is a clear number one, with export worth 2.1 trillion US$ to the US’s 1.5. So here China is already 40% ahead of the US, and the export numbers are not corrected for distorted exchange rates.

Actually, used to support the under-dogs of the world all my life, I started feeling uneasy to be a China-fun lately. While in the nineties China’s pride was in lifting people from utmost poverty, is it not now a world bully that should be feared and contained?

The riddle of China’s internal development became a main riddle on today’s world economic and political scene. Is China just another power looking for its self-interest at the expense of others, or is it proposing to the world a different and more advanced system of cooperation?

The Crisis that Wasn’t

The British pro-capitalist crusaders in “The Economist” are one of my favorite sources for following economic analysis about China and its role in the world economy. They had a very interesting story to tell on their September 9, 2017, issue.

In an editorial named “Making sense of capacity cuts in China” they say that the main reason behind today’s relatively buoyant world economy is a drive by the Chinese government to cut capacity and production in central industries like Steel, Coal and Aluminum. According to their analysis overcapacity in these sectors led to falling prices and profits, which actually threatened a world economic crisis in 2016. Instead the Chinese government’s central planners intervened by a studied policy, setting targets for cutting capacity to restore prices, profits and healthy growth,

According to a detailed news item in the same issue, named “Capacity cuts in China fuel a commodity rally and a debate”, China’s planners simply ordered all coal mines to operate no more than 276 days throughout 2016, in a move that is apparently designed to keep most workers at work. In another detail that shows how massive China’s capacity cuts were, they mention that the planned cuts in Steel capacity equal 15 times Britain’s Steel production. 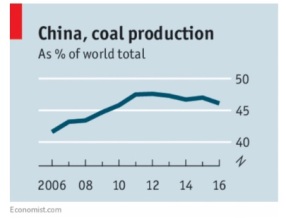 As China’s share of world production in these major industries is about 50%, its unilateral actions were enough to get the wanted effect and restart a new period of healthy economic expansion without the suffering of an unplanned crisis. And China was not so altruistic as to cause its own economy damage for the benefit of the world economy. As The Economist reports, its managed capacity cuts enabled it in an orderly way to close the less productive facilities, changing its industrial mix be more technologically advanced, such increasing its world economic leadership even farther.